I wanted to talk about this trend that for some reason it wont go away. The camo trend.

I’ve seen camo everywhere, but for me the jackets are definitely the best way to wear them! Specially the oversized camo jackets, and it they include any other patch they’re even better, right?

Before I started blogging and doing this more than a business and was doing it only for a hobby, I went to this flea market in Miami. I saw one of the tents that had many camo jackets filled with sequins and patches. I felt in love.

After some months I reached out to the store called Analias Design. I had a minimum quantity of followers and I was still new doing this so she accepted to borrow me a jacket for one of the trips I had to NY. Unfortunately, I couldn’t pick it up and I just forgot about it.

When I got to 10K the owner of the store reached out to me and asked me if I wanted to collab! I was so excited because I was obsessed with all of the things she has. Oh, BTW her jackets are REAL camo jackets from the military. And all of the sequins and patches, are hand made by her. She has such a creative way of doing them that I could’t resist for one of the oversized camo jacket with gold sequins wings on the back and on the front it says ” FLY WITH ME’.

I wanted to share some of the pictures I took with this amazing and awesome jacket. I still believe this trend is still here and you can throw the jacket with a pair of jeans and just a basic tee and you’re ready to go.

Just one of the tips I have for a daily outfit idea!! I’ve said this before, but I love the outfits that have only ONE statement piece. And this one is the one.

Take a look at it by yourself. 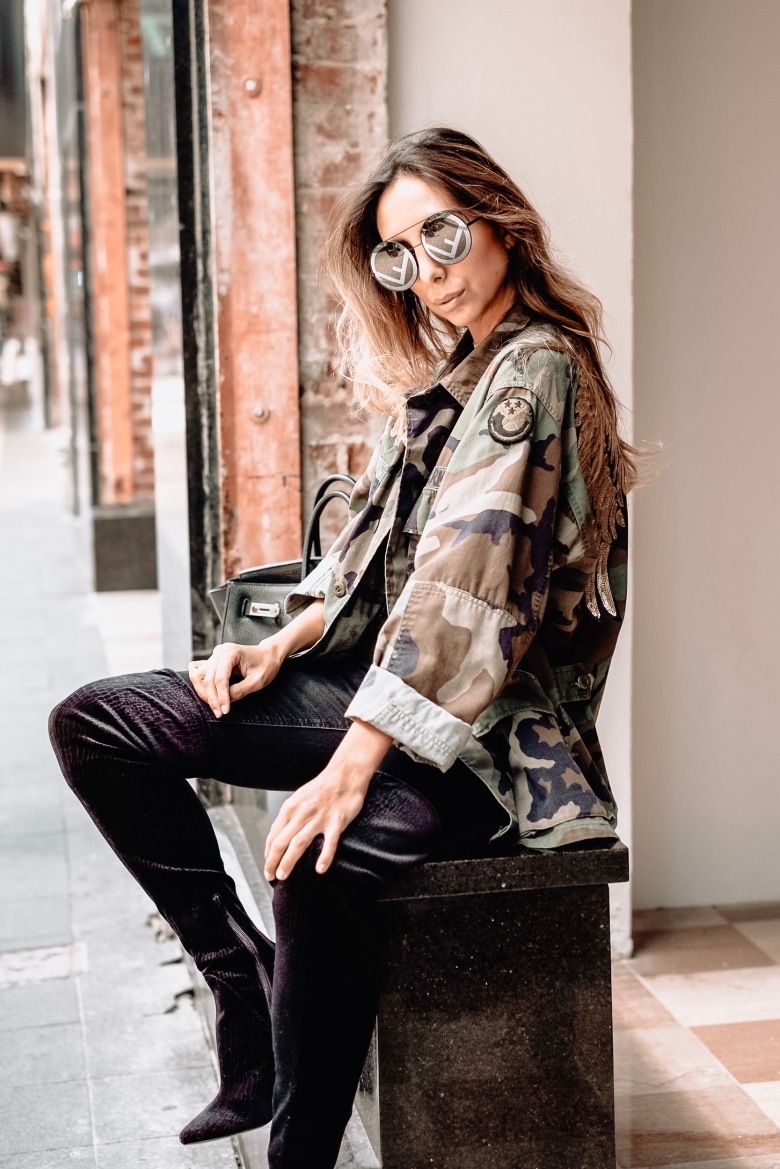 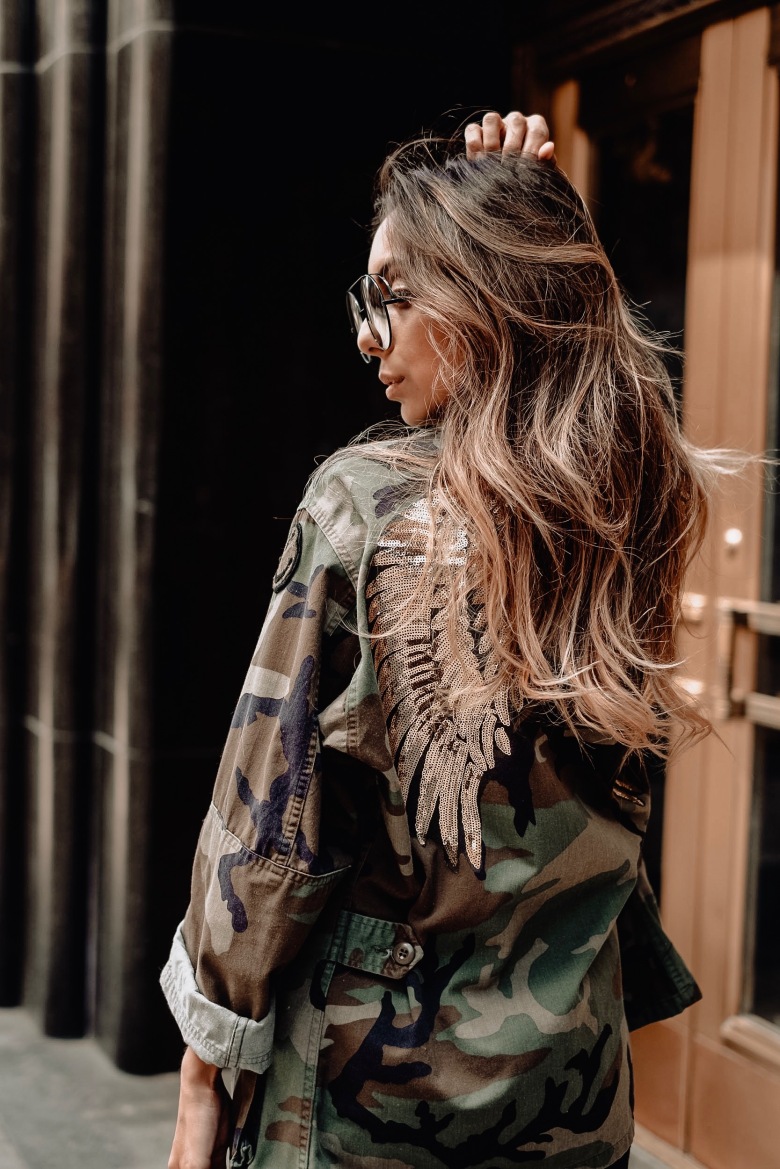 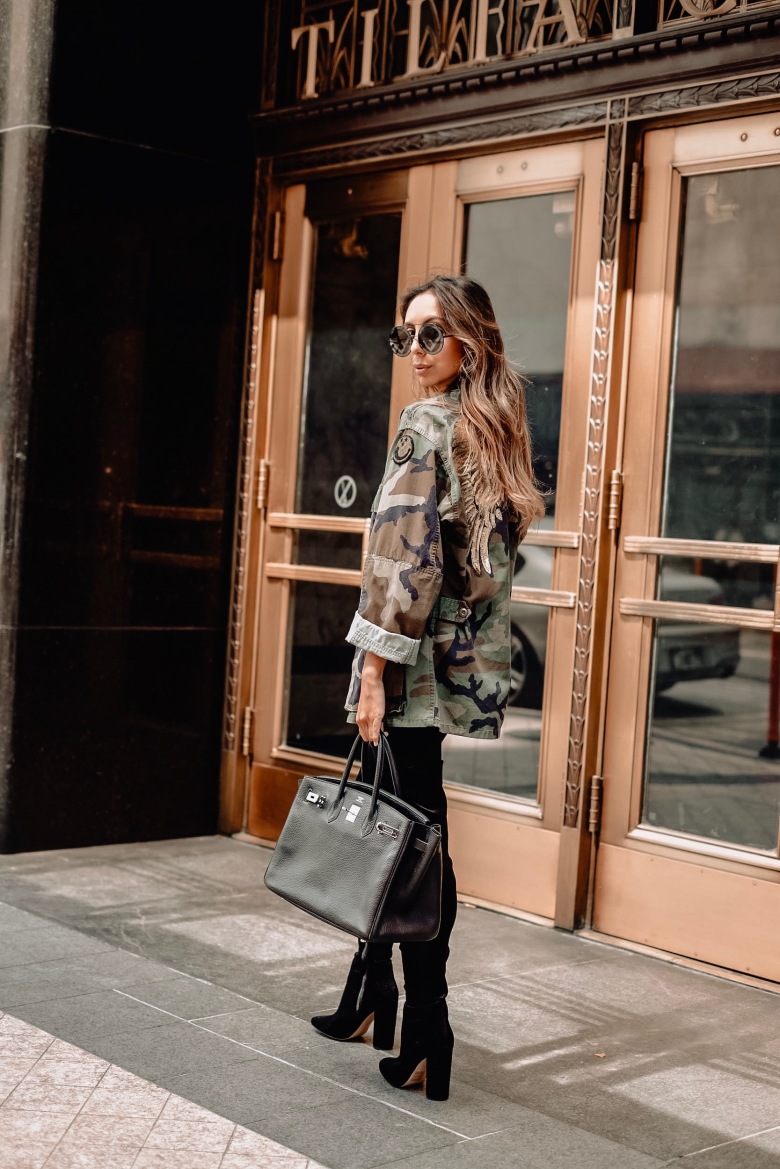 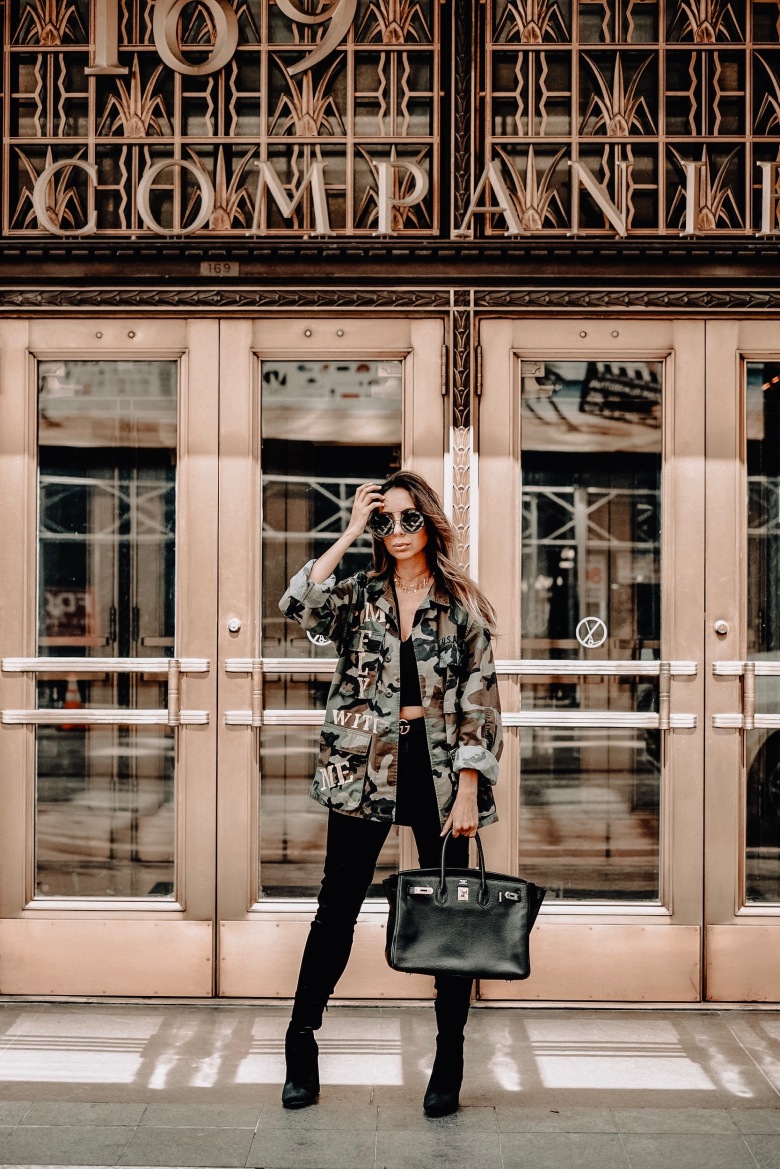 Yes, the photos an the gold doors help the outfit. But still. How can it be not cool???

If you’re trying to find one and you want to be the ONLY person who owns it you should definitely check this brand out.